Jeff Bezos began his 2001 letter to amazon.com (AMZN -14.05%) shareholders with a one-word sentence: “Ouch.” He chose to start off his annual letter that way because the company’s share price had plunged more than 80% over the previous 12 months.

But Bezos thought that many investors were giving up on Amazon too soon. I have noted that the company’s underlying business remained strong — in many respects, stronger than ever. His optimism from him in the face of overwhelming pessimism turned out, of course, to be warranted.

I thought about that shareholder letter on Thursday as Teladoc Healthcare (TDOC 0.75%) stock cratered following the company’s first-quarter update. Are investors dead wrong about Teladoc? Absolutely. 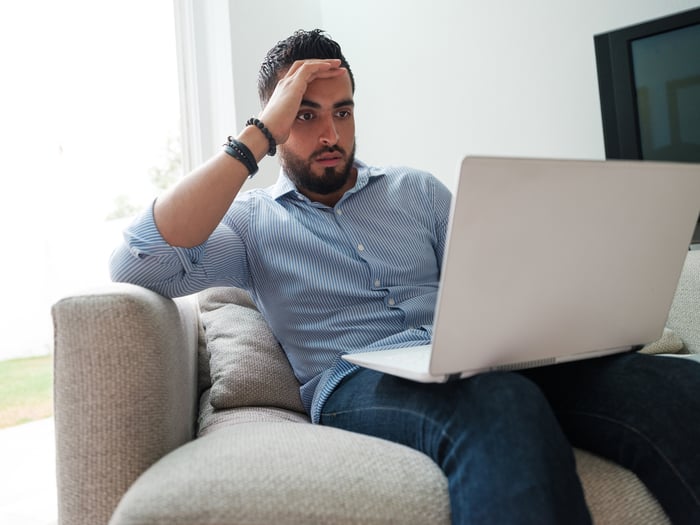 Many investors panicked about Teladoc this week. They saw the company posted a flabbergasting Q1 net loss of $6.67 billion. And they worried about Teladoc reducing its 2022 outlook. Because of these concerns, they sold the stock.

Other investors, though, viewed the sell-off as overdone. They were more than happy to buy Teladoc shares at a steep discount to where the stock traded only a day earlier.

One of these groups of investors will prove to be wrong over the long term. But which group?

Teladoc isn’t in the same position that Amazon was back in 2001. Bezos was able to point to the company’s accelerating growth. Amazon had even scored the highest customer satisfaction score for a service company in the history of the American Customer Satisfaction Index.

However, Teladoc does appear to be in better shape than the panicked sellers seem to think it is. The company’s huge Q1 loss was almost entirely due to a $6.6 billion goodwill impairment. This writedown highlights that Teladoc overpaid for its acquisition of Livongo in 2020. But excluding the impairment, Teladoc handily beat Wall Street’s expectations. Its bottom line also continued to trend overall in the right direction.

Also, Teladoc only reduced its 2022 revenue outlook by less than 6% at the midpoint of the guidance range. The company still expects revenue growth in the ballpark of 20%.

Teladoc did cut its adjusted earnings before interest, taxes, depreciation, and amortization (EBITDA) by 26% at the midpoint of its range. However, the main cause for this — a lower expected yield on advertising for its BetterHelp mental health business — is expected to be a temporary issue. New, smaller rivals are bidding up search advertising costs in what Teladoc CEO Jason Gorevic referred to in the company’s Q1 call as “economically irrational decisions” that won’t be sustainable.

There are two uncertainties for Teladoc that I think are especially important right now. First, no one (including management) knows how long the headwinds for BetterHelp will persist. Second, Teladoc isn’t sure how much of its late-stage pipeline in the chronic condition market it will be able to close or how quickly the deals will close.

Gorevic sounded confident in the Q1 call that the eventual reinstatement of restrictions on providing controlled substances via telehealth will cause some of BetterHelp’s rivals to fall by the wayside. BetterHelp should emerge as a winner if and when that happens.

He also liked Teladoc’s prospects in the chronic condition market. The company’s late-stage pipeline is large. Gorevic thinks that Teladoc’s integration of Livongo into its whole-person virtual care platform should also pay off.

If these assumptions are right, investors who have danced on Teladoc could regret it over time. And with the stock now trading at less than 2x forward sales, the investors betting on Teladoc probably like their odds.